Welcome to our continuing AP Biology/ General Biology series here on STEM Talks! The purpose of this post is to give you a very basic introduction to evolution.

Evolution, in a narrow concept, is a change in the genetic composition of a population from generation to generation. For the time being, we will identify evolution as descent with modification, a term Darwin used. We can two view evolution in two ways that are related: a pattern and a process. The pattern of evolutionary change is revealed by data that were observations of the natural world. The process of evolution consists of the mechanisms that produce the observed pattern of change. We will delve deeper into these mechanisms in later. We will start our study of evolution with notable figures’ perspectives of evolution.

One Greek Philosopher, Aristotle, had views on what we call evolution. Aristotle viewed species as fixed. He noticed that there were certain relationships between organisms and concluded that life forms could be arranged on a ladder, called Scala Naturae, of increasing complexity. In the 1700s, many scientists’ idea coincided with the old testament account of creation, stating that the remarkable match of organisms to their environment was evidence that the Creator had designed each species for a particular purpose. One of these scientists was Carlos Linnaeus. He did not believe in evolution; rather, he believed that resemblances among species corresponded to their creation. The most notable contribution that Linnaeus made was the two-part system of naming species (genus + species). He adopted a classification system grouping organism into more general categories.

Darwin drew many of his conclusions from scientists who studied fossils. One such scientist was Georges Cuvier. Cuvier developed paleontology and advocated catastrophism, which is the principle that events in the past occurred suddenly. However, Cuvier opposed evolution, and he justified that each layer of sedimentary rock represents a catastrophe done to the organisms at the time. Other scientists thought that profound change could take place through the cumulative effect of slow changes. This was proposed by James Hutton. Charles Lyell incorporated Hutton’s thinking into his own principle of uniformitarianism, which stated that constant mechanisms of change happen over time.

Although some naturalists believed that life is constantly changing as the environment changes, only one naturalist during the 18th century had proposed a mechanism for how life changes over time. This naturalist was the French Biologist Jean-Baptiste de Lamarck. Lamarck is notably known as the scientist who proposed the incorrect mechanism to how evolution occurred. He believed in two principles. One of them was use and disuse. This was the idea that structures that are most adapted to the organisms’ environment become larger and stronger, while the structures that are not used as much deteriorate. The other principle of Lamarck’s was the inheritance of acquired characteristics. This stated that an organism could pass these modifications to its offspring. Lamarck believed that evolution occurred because of the organism’s desire to become more complex. However, there is no evidence that acquired characteristics can be inherited in the way Lamarck explained.

Evolution is observed by an overwhelming amount of scientific evidence

Biologists have documented evolutionary change in thousands of scientific studies. I will divide the evidence into the following categories: Direct observations, the fossil record, and homology.

An example of ongoing natural selection that affects our own lives dramatically is the evolution of antibiotic resistance. Bacteria with traits that allow them to survive the onslaught of drugs can thrive, re-ignite infections, and launch to new hosts.

The Fossil record shows that past organisms differed from present-day organisms and many species that used to be alive are now extinct. The Fossil Record shows evolutionary changes that have occurred over time in various groups of organisms. For example, you can look at the transition of early cetaceans, the mammalian order that includes whales, from terrestrial land to the aquatic environment. Fossils have been found that show how cetacean limb structure had changed over time, leading to the loss of hind limbs and the development of flippers.

Homology is similarities resulting from common ancestors. It shows that characteristics present in an ancestral organism are altered by natural selection in its descendants over time as they face different environmental conditions. This results in related species that can have characteristics with an inherent similarity even though they have different functions. For example, human forelimb and bat forelimb have an inherent similarity but have different functions. The human forelimb and bat forelimb is an example of homologous structures, which are shared anatomical structures that demonstrate descent from a common ancestor.

Another type of structure is the vestigial structure, which is the “left-over” structures of very little importance to present-day organisms. It is hypothesized that these structures served an important function in the organism’s ancestors. An example is a limb in the whale that we mentioned earlier. The whale is left over with this limb that has no importance to it, but the limb had importance to its terrestrial cetacean ancestors.

Although organisms that are closely related share characteristics due to common ancestry, distantly related organisms can resemble one another. This is due to convergent evolution, which is the independent evolution of similar traits as a result of having to adapt to similar environments or ecological roles. Although two species evolved independently from different ancestors, they can have adaptations to similar environments in similar ways. An example of this is sugar gliders from Australia and the flying squirrel from North America. They are distantly related, but they have a similar adaption that is the ability to glide through the air. 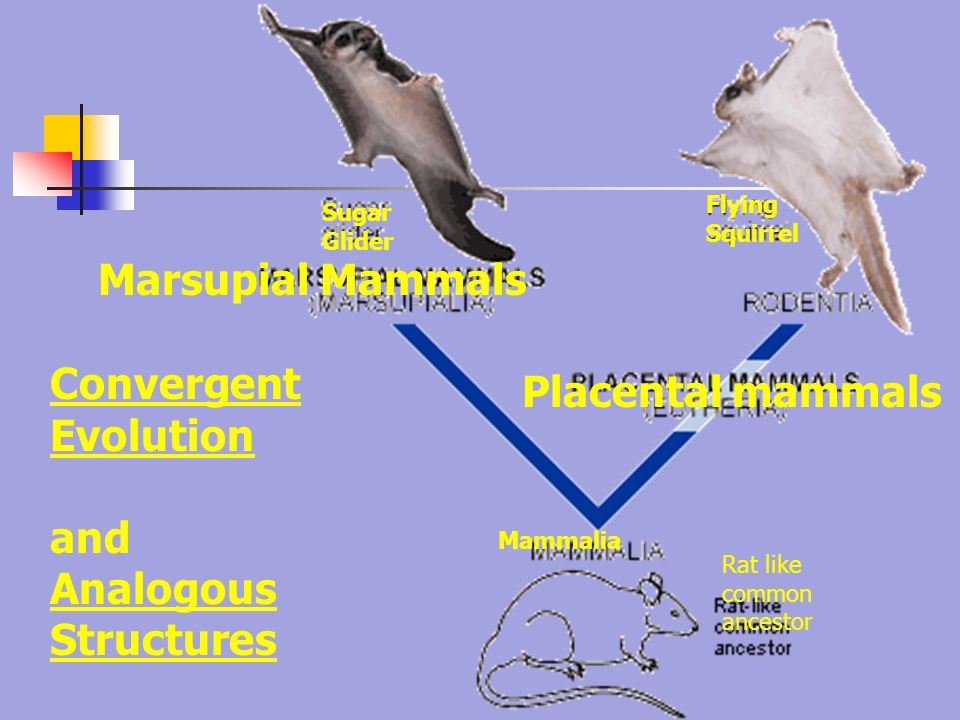 In the next post, we will discuss the evolution of populations. Feel free to leave any question down below in the comments!

Co-Founder and Editor of StemTalksNC

In all my posts, I follow multiple sources for AP Biology. However, I mainly go off of the Campbell Biology 8th and 11th edition.