What if scientists could manipulate your brain so that a traumatic memory lost its emotional power over your mind? Recent findings by Steve Ramirez(a Boston University neuroscientist) show that a small structure in the brain could hold the key to future therapeutic techniques for treating mental disorders such as depression, anxiety, and PTSD, by allowing doctors to enhance positive memories or suppress negative ones.

Inside our brains, there is a cashew-shaped structure called the Hippocampus which stores the sensory and emotional information that makes up both positive and negative memories. Each memory we have is stored inside a unique combination of brain cells inside this structure that contain all the environmental and emotional information associated with that memory. This structure is made up of many parts that work together to pull out memories when we recall them. Recently, Ramirez and a team of scientists have shown just how malleable our memory is, and the results of their experiments could someday enable groundbreaking treatments for people haunted by particularly troubling memories which are the root causes of mental disorders such as PTSD and Depression.

In their study, Ramirez and his collaborators showed how traumatic memories can become so emotionally loaded. They did this by experimenting on mice. Using a technique of optogenetics(use of light to control cells), the scientists mapped out which cells in the Hippocampus were being activated when male mice made new positive, negative, and neutral memories. A positive memory was when the mice were exposed to female mice whereas a negative memory was when they were electrically shocked on the feet. Then, with the help of a glowing greenish blue protein which they designed activate specific cells and light up, they were able to deduce certain facts about manipulating specific cells in the brain and how they triggered specific memories. 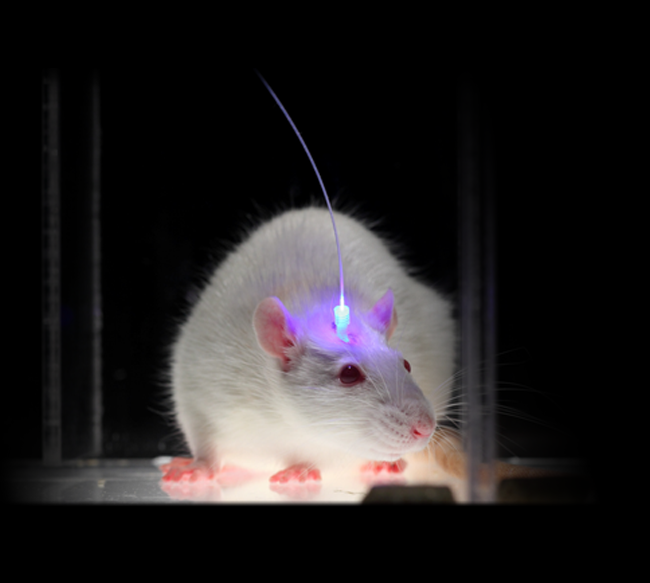 From the study, Ramirez and his scientists were able to conclude that by artificially activating memory cells in the bottom part of the Hippocampus, negative memories become more evident and gain control. In contrast, when memory cells in the upper part are stimulated, bad memories are stripped of their emotional influence/control, making them less traumatic to remember. Their studies revealed just how different the roles of the top and bottom parts of the Hippocampus are. Activating the top part functions like effective exposure therapy as it reduces the trauma of relieving bad memories whereas activating the bottom part could impart lasting fear and anxiety-related behavioral changes.

(Concept of erasing or reducing impact of certain memories)

This distinction of the two parts of this structure are very important because it suggests that suppressing over reactivity in the bottom part of the Hippocampus could potentially not only be used to treat PTSD, depression, and other mental problems but also to enhance cognitive skills and memory power as a whole. “The field of manipulation is still young and this is a sneak peek of what’s to come in terms of our abilities to enhance or suppress memories” says Ramirez. Although he has only tested his ideas on mice, the fundamental principles brought out by him is groundbreaking and soon, scientists can implement these same concepts on us humans to eventually be able to cure mental disorders.