Long-distance running has shaped and sharpened the brains of human beings for millions of years. Anthropologists theorize that ever since the early ages during which the first humans evolved, we have depended on endurance and long-distance running. Early humans needed the endurance to capture prey and get the energy they needed. However, modern humans have failed to take advantage of their athletic capabilities and aren’t as “fit” as the early humans used to be because of several societal and environmental factors. These factors, in turn, increase the risk of developing chronic illnesses and increase the risk of death. Overall, however, long-distance running is an exercise that has contributed to the evolution of the human anatomical structure and has influenced human physiological and psychological health over time; thus, the exercise possesses significance for human health today.

Since the presences of the first Homo Sapien around 2 million years ago, humans have maintained certain anatomic features that have made them well-suited for running. Many of these features have helped humans save energy.  For example, human legs are made up of long spring-like tendons that are connected to short muscle fascicles. This feature enables humans to expend less energy when lifting their feet off the ground. In addition, several tendons in our feet contribute to spring-like capabilities which lead to longer stride lengths and allow to travel longer distances at slower speeds. In addition, Innate skeletal strength and stabilization mechanisms that humans possess also make their bodies adapt for long-distance running. Furthermore, the human body is made of features, such as the inclination of the neck and wide shoulders, that provide stability and balance for long-distance runners 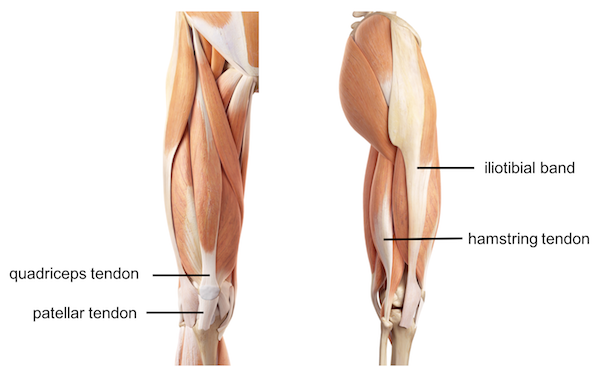 The original structure of the human body possessed features that made people capable of long-distance runners. Through the centuries, humans adapted certain traits through a variety of activities that made them even more suited for long-distance running. Scientists say that natural selection drove early humans to become even more athletic. This is because humans that were capable of running longer distances could catch more prey and thus survived to mate and produce viable offspring. Because of this, the athletic traits were the ones passed down from generation to generation. They evolved to have longer legs and shorter toes to expend less energy and travel faster for shorter distance runs, less hair, multiplication of eccrine sweat glands to decrease metabolic heat, and inner-ear mechanisms to maintain balance and stability. This evolution shows how much of an influence long-distance running has had on humans and it is continuing to have the same influence as humans purse long-distance running as physical activity.

As mentioned earlier, for a large part of the 55 million years since the dawn of humans, running was a necessity to survival. However, in the past few centuries, running has changed to become a physical activity/sport. However, it has still retained the same importance in society because of the several mental and physical health benefits it has to offer. For instance, running causes the brain to release endorphins which produce a calming effect that puts one in a euphoric state, or a “runner’s high”. Regular running also helps one sustain a healthy weight and creates healthier looking hair and skin through improved blood circulation. It is also a type of physical exercise that can be used to treat and prevent psychological disorders such as depression and anxiety as proved by the Archives of Internal Medicine. In addition, it improves sleep quality and therefore reduces the amount of sleep needed. It also helps lower weight and stimulates the heart, respiratory system, and the brain to reduce the risk of chronic illnesses.

Although long-distance running provides health benefits, there are some medical-risks that persist. In a review of marathon runners, researches saw that many runners exhibited musculoskeletal problems such as cramps, blisters, and acute ankle and knee injuries. They also reported having gastrointestinal issues such as bloating, cramps, nausea, vomiting, diarrhea, and fecal incontinence. These GI problems are due to the lack of blood flow to certain vital organs because of the redirection of blood to muscles that need it. However, all types of movement pose risks for the body which is why one should be aware of the precautions necessary to avoid these injuries. In addition, there are several other factors to consider while looking at injuries such as environmental conditions, terrain, and mileage. These factors are important to consider when one plans on engaging in long-distance races such as marathons; however, the severity of such short-term abnormalities is low enough that long-distance runners should not be tremendously concerned about them. Despite this ongoing debate about whether running is beneficial or harmful, the popularity of distance running continues to be on the rise. Running USA reported that participation in marathons increased by 2.2% between 2010 and 2011. The company also stated that there were a total of 425,000 marathon runners in the United States in 2008, increasing by 20 percent from the beginning of the decade.

In conclusion, long-distance running has been practiced by humans for millennia, shaping and evolving their anatomical structure and has been proven to have both physiological and psychological benefits, many of which have been shown to improve human health. Human health is a concern that remains ever-present, and physical exercise is necessary in order to maintain an active lifestyle which is why this popular sport. Incorporating long-distance running into one’s daily routine may prevent and treat such conditions and could even prove to be life-altering.