Human activities and their effects on the climate and environment cause unprecedented animal and plant extinctions, endangering these forms of life, resulting in loss of biodiversity as we have seen in the past. This we know for a fact because of the amount of research that has been conducted about it. However, Microorganisms haven’t been discussed in the context of climate change much. Although invisible to the naked eye, microorganisms are vital in maintaining a healthy ecosystem as they are responsible for several processes such as carbon and nutrient cycling and regulation of animal and plant health internally. Human effects on microorganisms are less obvious and certainly less characterized, but a major concern that has emerged is that changes in microbial biodiversity and activities will affect climate change and other organisms. This is why scientists Ricardo Cavicchioli, William Ripple, and several other scientists investigated many biomes/environments and devised a consensus statement on this topic.

Scope of a Consensus statement

Overall, the statement was developed with the intent of alerting microbiologists and non-microbiologists to address the roles of microorganisms in accelerating or mitigating the impacts of anthropogenic climate change and also how microorganism’s physical structures, adaptation, and communities are affected in this process. 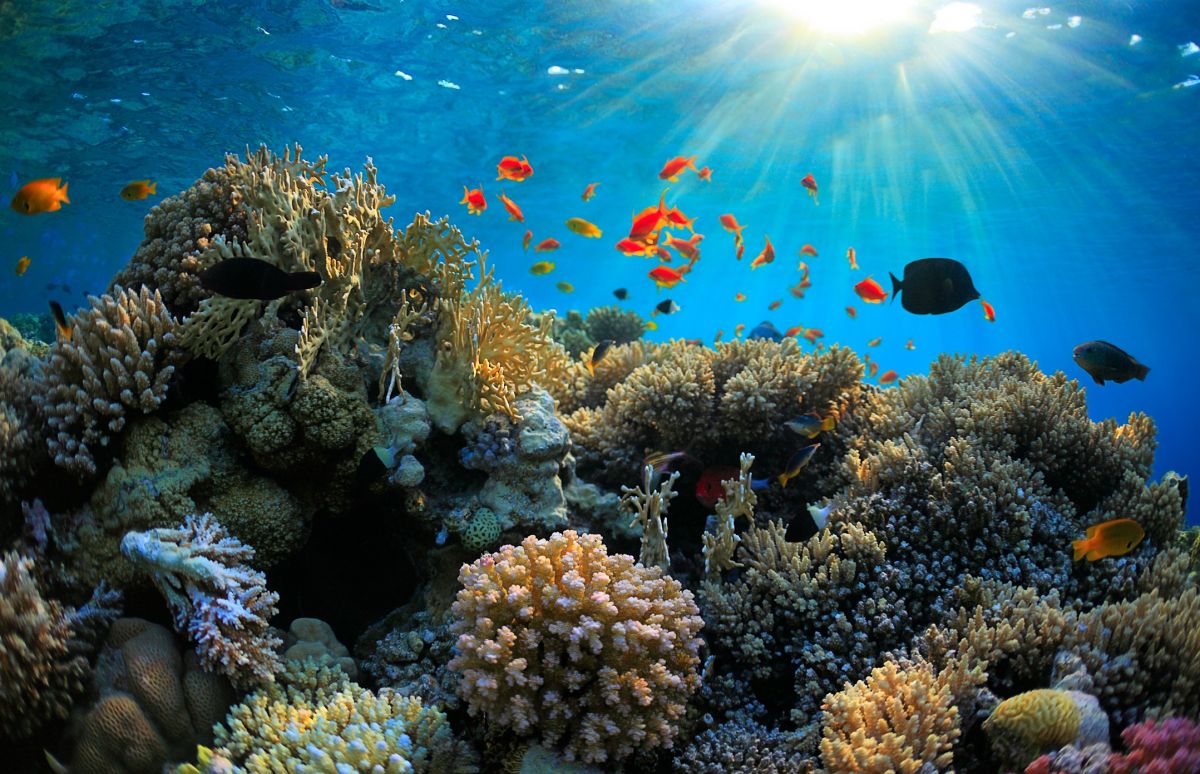 Scientist found that around 90% of marine biomass(living material) is microbial and they perform key functions in this environment. By fixing carbon and nitrogen, remineralizing organic matter, and photosynthesizing marine microorganisms form the basis of ocean food webs and thus global carbon and nutrient cycles. As it turns out, carbon and nutrient cycles affect climate change. The faster the carbon cycle occurs, the more Carbon Dioxide there is which in turn increases the temperature of the water. In addition, the increase in greenhouse gases leads to concentrations on ocean temperature, acidification, stratification, mixing, thermohaline circulation, nutrient supply, irradiation, and extreme weather events which in turn affect the microorganisms who then affect the environment. It’s just one big cycle.

Microorganisms in Terrestrial ecosystems are also abundant and perform important functions. Soil microorganisms regulate the amount of organic carbon stored in soil and released into the atmosphere. Microorganisms in plants drive photosynthesis which removes Carbon from the atmosphere. In addition, respiration by microorganisms releases Carbon Dioxide back into the atmosphere. These high CO2 levels contribute to global warming. Also, microorganisms are responsible for the nitrogen cycle in the soil close to plant roots which let out some nitrogen as a byproduct and contributes to global warming as well. Higher temperatures influence several factors such as organic matter decomposition, the density of deadwood, nitrogen availability and moisture which in turn affect rates of microbial activity and colony sizes.

Methanogens(methane-producing bacteria) are found in water-saturated soils which agriculture is grown in. These microbes perform microbial oxidation in soils, sediments, and water as well as inside animals. As a result, atmospheric methane levels are constantly on the rise, contributing to global warming. In addition, the use of fertilizers has profound effects on natural carbon and nitrogen cycles that microbial perform which causes them to release much more of these gases. Furthermore, these fertilizer chemicals disturb regular nitrogen conversion cycles that microbial perform to convert greenhouse gases into non-greenhouse gases. Higher temperatures result in higher aridity which reduces bacterial and fungal diversity and leads to reduced microbial community sizes. Lastly, the chemicals from fertilizer can have varying effects in microbial which directly impacts the greenhouse gas cycles.

In Conclusion, microorganisms influence climate change more than we think they do because they perform important functions that are vital to the success of an ecosystem. The main ways that they do this is through the direct or indirect release of greenhouse gases. The environment also has an influence on all microorganisms. Natural events as well as the things we do impact the processes performed by microorganisms which in turn contributes to climate change. After the development of this consensus statement, several scientists are researching these issues and soon hope to be able to make more discoveries which may help reduce climate change and put an end to global warming.